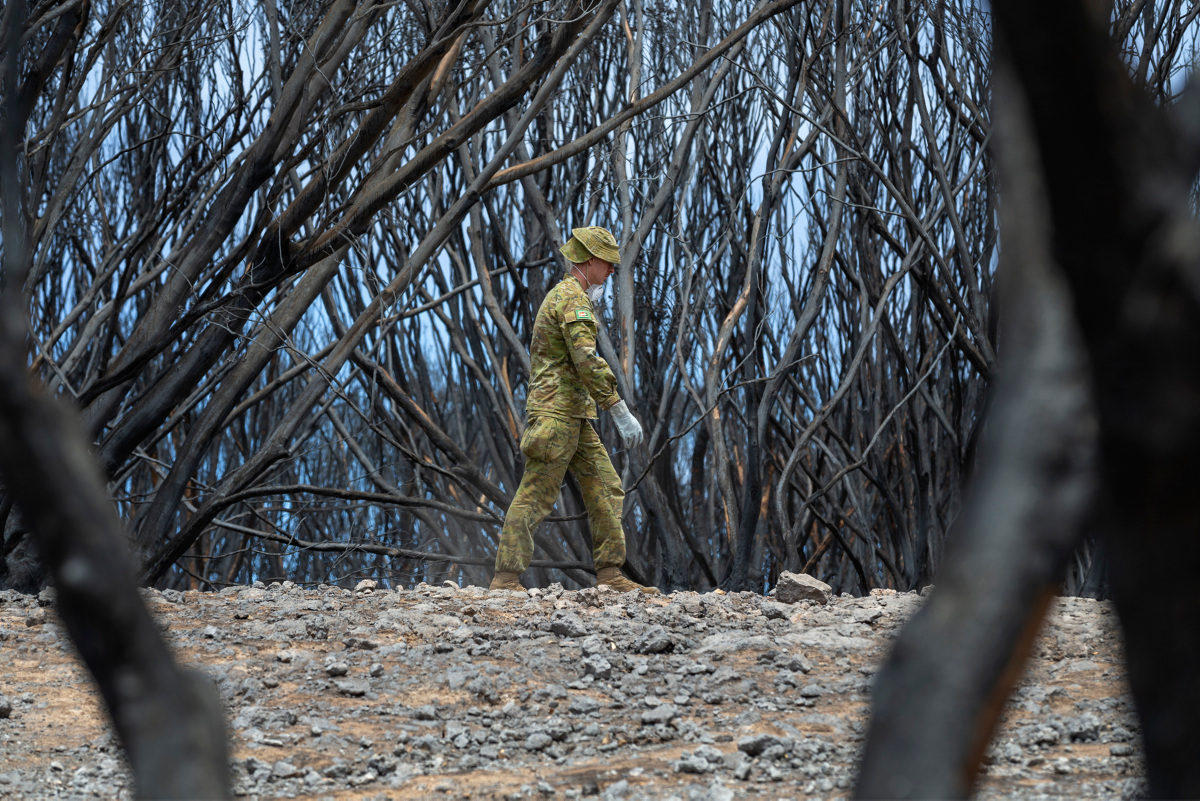 This article was first published in The Strategist on Jan 14, 2020

In the 1993 cult classic Groundhog Day, Phil Connors (Bill Murray) posed the question: ‘What would you do if you were stuck in one place and every day was exactly the same and nothing you did mattered?’ Depressingly, it must surely sum up the collective outlook of the world’s climate scientists for at least the past two decades. That frustration has been compounded lately by the ‘mixed bag’ of last month’s UN climate talks in Madrid, the continued assault on the scientific method by the administration of US President Donald Trump, and rolling climate-related global environmental catastrophes. END_OF_DOCUMENT_TOKEN_TO_BE_REPLACED

A recent article published in The Telegraph summarizes the text of a prepared speech by Australia’s Defence Force Chief, General Angus Campbell, which was described as “signed off by all of Defence, including the Chief of the Defence Force, as their official views… on climate change as a national security threat.” The speech was given at an invitation-only event in Australia; thus, it is unclear if the text was presented only as written. In the speech, a reference is made to Australia sending more military personnel to assist with climate-related disasters, both domestic and international, than it had at any one time in Afghanistan to conduct military operations. The speech states that Australia is in “the most natural disaster-prone region in the world” and that “climate change is predicted to make disasters more extreme and more common.” It also warns that the Federal Government’s actions on climate change could “affect relationships with Pacific island nations, who have repeatedly called on Australia to do more to reduce carbon emissions.” In that context, it warns of China filling the gap in leadership left by Australian policy, stating: END_OF_DOCUMENT_TOKEN_TO_BE_REPLACED

According to a recent story in ABC News Australia, internal briefing notes from the Australian Defence Force (ADF) in 2018 show an Aussie military with significant concerns about how climate change will impact security in the region. From the article:

One document warns that climate change could “exacerbate the potential for conflict” and contribute to “state fragility and the undermining of economic development in our immediate region”.

The briefing notes also highlight the lack of a strategy for dealing with these security risks.

The Defence Force admits in the documents it “does not currently have an overarching strategy or policy to specifically address the risks posed by climate change beyond the 2016 Defence White Paper”.

Report from Down Under: “Climate change now represents a near- to mid-term existential threat to human civilisation”

Climate change now represents a near- to mid-term existential threat to human civilisation.

END_OF_DOCUMENT_TOKEN_TO_BE_REPLACED

A still from Part One of “Home Front” (at 04:55), Breakthrough, the National Centre for Climate Restoration 2019

Breakthrough, an independent Australian think tank, today released Part One of its new climate and security documentary, Home Front. In it, interviewees from the military, business and humanitarian communities describe the myriad security threats driven by a changing climate, ranging from political instability and economic collapse, to sea level rise risks to Australia’s numerous military installations along its significant coastline. END_OF_DOCUMENT_TOKEN_TO_BE_REPLACED

The Strategist: Combating climate change in the Asia–Pacific: lessons from the Marshall Plan

In light of President Obama’s visit to Asia this week, the Australian Strategic Policy Institute’s The Strategist published an article yesterday by the Center for Climate and Security’s Caitlin Werrell and Francesco Femia titled “Combatting climate change in the Asia–Pacific: lessons from the Marshall Plan.” It is a shorter version of a piece published in our “U.S. Asia-Pacific Rebalance, National Security and Climate Change” report, which includes a foreword by former Commander of U.S. Pacific Command,  Admiral Samuel J. Locklear III, USN (ret).

The Australian Department of Defence just released its 2016 Defence White Paper, a strategic document detailing its priorities. The White Paper notes that: “…the Government is investing in Australia’s defence capabilities to strengthen Australia’s security in the more complex strategic environment Australia will face in the years ahead.” According to the White Paper, one factor contributing to this “more complex strategic environment” is climate change. Below are the passages within the document pertaining specifically to climate change. Not included below are the numerous passages related to humanitarian assistance and disaster relief, but it is worth noting that these are important capabilities for addressing climate impacts, enhancing international engagement and managing strategic risks. The 2009 and 2013 Defence White Papers also included sections on climate change and resource scarcity. END_OF_DOCUMENT_TOKEN_TO_BE_REPLACED