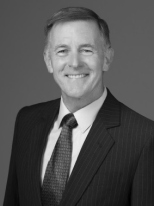 The Center for Climate and Security is pleased and honored to announce that Admiral Paul Zukunft, United States Coast Guard (Retired), has joined its distinguished Advisory Board of military and national security leaders.

Admiral Zukunft served as the 25th Commandant of the Coast Guard from 2014 until 2018. During his tenure as Commandant, the Coast Guard attained its highest appropriation in history to modernize its fleet and upgrade aging infrastructure while concurrently attaining four clean financial audit opinions –
the only Armed Service to do so. His 41 years of active duty service and 8 commands to include three Coast Guard cutters spanned the globe and the Service has emerged as the gold standard for promoting maritime safety and security. In 2010, he served as the Federal On-Scene Coordinator during the Deepwater Horizon oil spill where he directed over 47,000 first responders, a flotilla of more than 6,700 vessels and over 120 aircraft.

Admiral Zukunft is a 1977 graduate of the U.S. Coast Guard Academy and attained masters degrees from Webster University in Management and the U.S. Naval War College in International Affairs and Strategic Studies. He is also a graduate of the executive seminar at the Asia Pacific Center for Strategic Studies and Harvard’s Kennedy School of Government National Preparedness Leadership Seminar.

Admiral Zukunft currently serves on the strategic advisory board of Liquid Robotics – a subsidiary of Boeing Corporation; the Arctic Policy Board at the Wilson Center; and is president of “Paul Zukunft -Worldwide Maritime Consulting, LLC”. Also, he is a frequent speaker among the policy shaping think tanks. Admiral Zukunft and his wife Fran serve as the Coast Guard ambassadors to the USO’s United Through Reading Program and are active in their local church in Honolulu. He is an avid cyclist with an amazing wife, two adult daughters and one son, and 5 grand children.